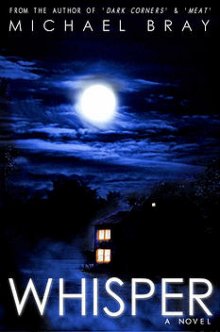 Michael Bray - Just Do It!

Updated Your NOR Contest Passport ADDRESS - REQUIRED FOR ENTRY!

For the budding author, the idea of taking the plunge into tackling writing a book can be a daunting task. I should know, it took me 14+ years of indecision before I convinced myself that it was something I wanted to try. In hindsight, I hate that I wasted so many years chewing over it, because as I write this now on an icy March morning in the UK, I can hand on heart say it was the best decision I ever made.

Is it hard work? Of course it is. But that only makes the rewards for completing the book all the sweeter. A few people have said to me recently that they don’t think they could ever write a book for their own, and have even offered me their ideas to turn into stories.

Universally and without exception, I decline, and advise the person to at least give it a go for themselves. If they need assistance, I’m happy to share what I know (even though as writers we never stop learning), but that they should at least try.  Make no mistake, it won’t be easy. Completing a novel is an exercise in discipline, commitment and patience. But when that time comes, be it months or years down the line when you look at your work and can proudly say to yourself that it’s finished, it is a feeling unlike anything else.

A few years ago, I could never imagine being able to write a book, and yet here I am now with Three already released (including my first feature length novel WHISPER) and another two in the pipeline. Yes it takes dedication, and yes its hard work, but when you reach that place where the story is writing itself, and you become something of a passenger as the story unfolds, is the greatest feeling in the world.

In closing, to anyone reading who thinks they have an idea but not the confidence to write it, I say: YES YOU CAN! Turn off the TV, ignore the phone, lock yourself away and start writing. You never know, you might surprise yourself.

It was supposed to be a fresh start, a place for Steve & Melody Samson to start their new life together away from the noise and crime of the city. However, their new home – an idyllic cottage nestled deep within the dense solitude of Oakwell Forest has a disturbing history, hidden for generations by the local villagers, who are desperate to keep their sleepy town free from potential media attention. As Steve and Melody begin to notice the strange and bizarre things that are happening to them, they begin to unravel the complex web of lies and deceit perpetrated by the locals.

Told both in a modern day narrative and flashbacks to the Buildings construction in the 1800s, we learn of the terrible things that reside within Hope House, and the reasons for the history of murder, suicide and insanity for the previous owners of the house.

As Steve and Melody delve ever deeper, they are plagued not only the malevolent forces that reside within the house, but also the very real attention of the increasingly unstable realtor Donovan, who has horrific secrets of his own that he will go to any lengths to keep a secret.

Michael Bray is a Horror author based in Leeds, England. Influenced from an early age by the suspense horror of authors such as Stephen King, and the trashy pulp TV shows like Tales From The Crypt & The Twilight Zone, he started to work on his own fiction, and spent many years developing his style. After completing his debut novel in May 2012, he signed a deal with the highly reputable Dark Hall Press to print and distribute the book, Which was released worldwide on September 21st 2012.