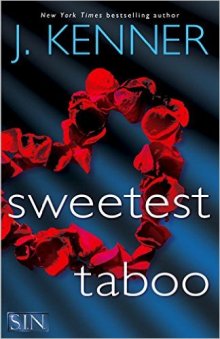 The Lucky Winners Are

In this irresistible Stark International Novel, J. Kenner ups the ante on Dirtiest Secret and Hottest Mess, proving once again with the S.I.N. series that she “may very well have cornered the market on sinfully attractive, dominant antiheroes and the women who swoon for them” (RT Book Reviews).

Everyone has their own ideas about Dallas Sykes: He’s a reckless billionaire, a devilish playboy, a man who gets whatever he wants the minute he wants it. But I know the real Dallas behind the money, bravado, and power—and he’s completely, blissfully mine.

We carefully guarded our secrets, and in each other’s arms we sought refuge from our dark past. Our pain became our pleasure, our control within the chaos. But we could only hide from the truth for so long.

Now we’ve let loose our inhibitions and are ready to face the future. And no matter what people think or say, coming clean is its own sweet reward.

You agree to be added to the NOR Romance and Contest Newsletters.

This contest is sponsored by Random House. The sponsor is solely responsible for the contest prize shipping.

In her previous career as an attorney, JK worked as a clerk on the Fifth Circuit Court of Appeals, and practiced primarily civil, entertainment and First Amendment litigation in Los Angeles and Irvine, California, as well as in Austin, Texas. She currently lives in Central Texas, with her husband, two daughters, and two rather spastic cats.