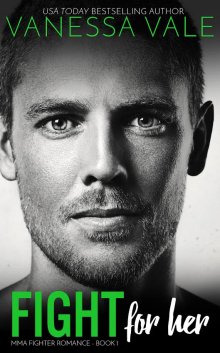 What Makes a Great Series by Vanessa Vale

Today we have Vanessa Vale stopping over to share what makes a great series.

1. Character crossover- While there’s one main Hero/Heroine in each book, I love meeting future books’ stars and anticipate their story. And, I love seeing old heroes and heroines after their HEA.

2. Fall in love with a place- It’s not just the characters to love, but where they live. I read a series that was set in small town South Dakota. She made the town so appealing through her five book series, I was ready to move!

3. Because you’re just not ready to be done- Yes, books have to come to an end, but a series lets a reader cling to the world the author created just a little longer.

4. While the conflicts of the hero and heroine are resolved in one story, some authors add a thread throughout all books that isn’t resolved until the end. So while we get an HEA with book 1, we’re left wondering about a bad guy or a crisis that is solved by ALL the heroes and heroines over time in the series.

5. Finishing one book and being instantly ready for more… and knowing there is more!

A fighter ready to give up the gloves.

A woman ready to take on the world.

Grayson Green’s an MMA champion who's spent years in the limelight where fast times and fast women were easy to come by. The appeal is gone and he steps out of the ring to make some changes and get control of his life. All the training in the world can’t save him from the one-two punch of meeting Emory. She’s different. She has no idea who he is…and she wants him anyway. When someone from his past is prepared to take him down... and Emory along with him, he'll do anything to fight for her...

Who doesn't love the romance of the old West? Vanessa Vale takes the sensual appeal of rugged cowboys a step further with her bestselling books set in the Montana Territory. They are much more than just sexy historical westerns. They're deliciously naughty reads that sometimes push the boundaries of fantasy. It's pure escapism with quite a few very hot, very alpha cowboys.

When she's not writing, Vanessa savors the insanity of raising two boys, is figuring out how many meals she can make with a pressure cooker, and teaches a pretty mean karate class. She considers herself to be remarkably normal, exceedingly introverted and fairly vanilla, which does not explain her steamy stories and her fascination with cowboys, preferably more than one at a time.

She lives in the Wild Wild West where there's an endless source of 'research' material.